Take a look through some of our completed kitchen projects 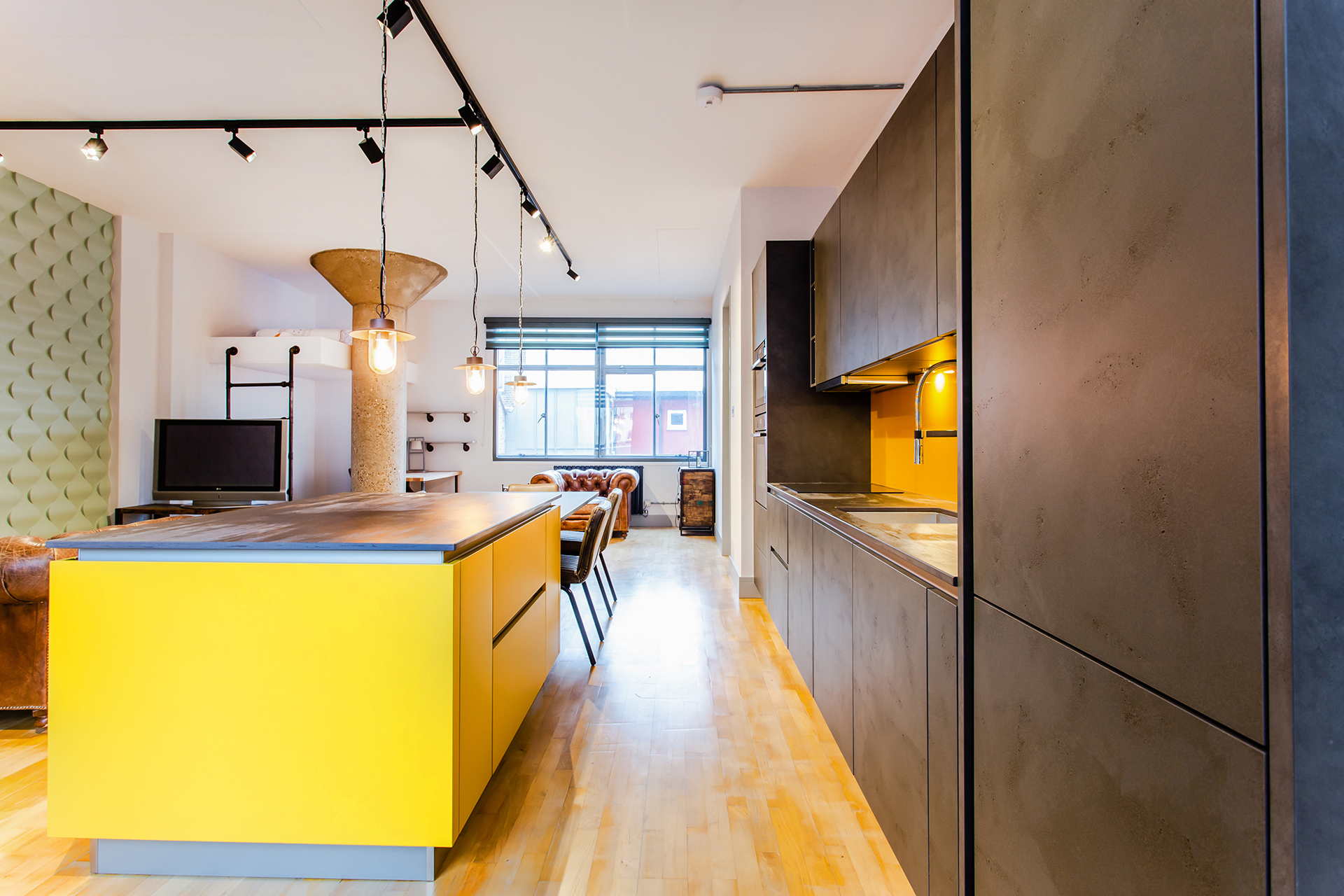 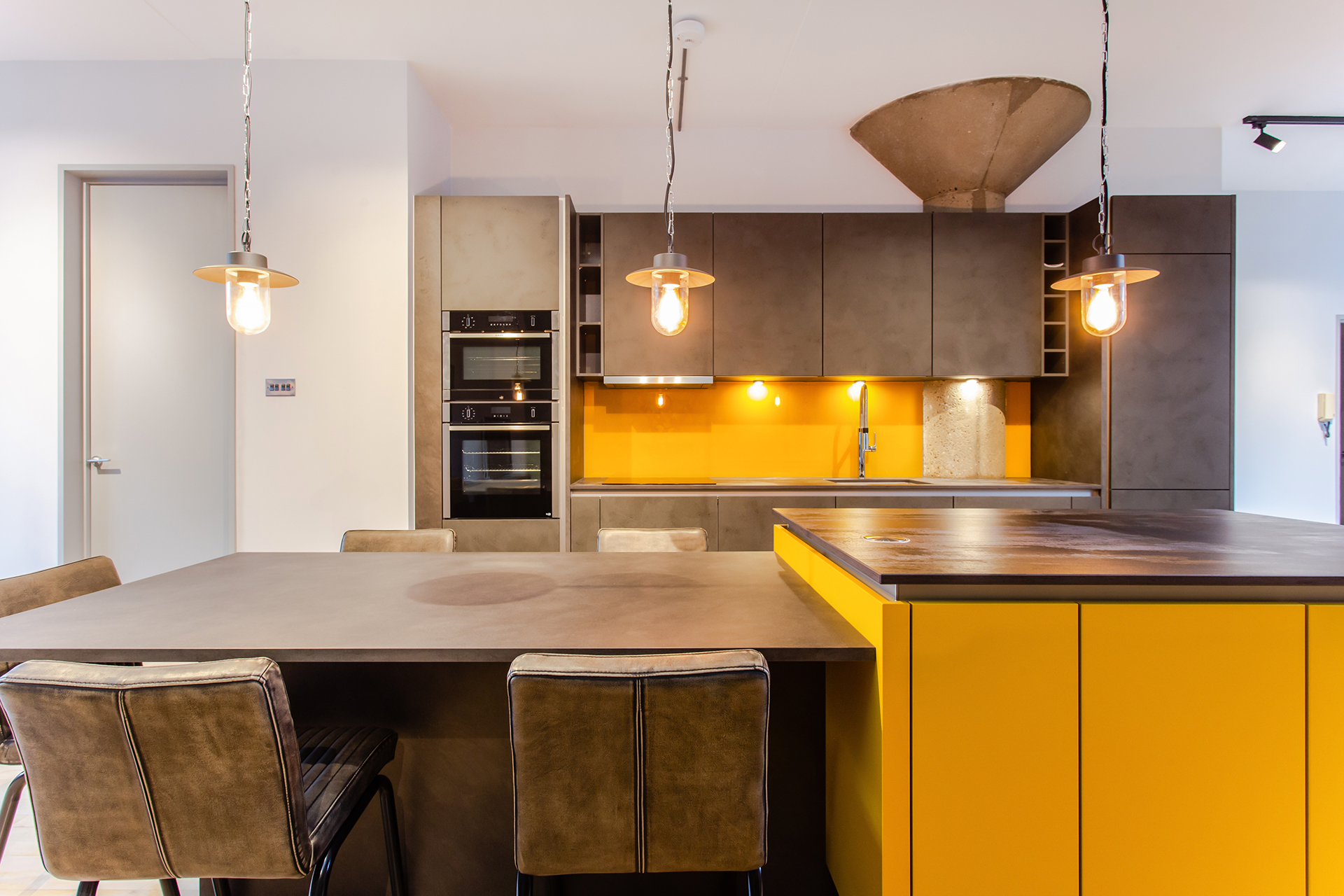 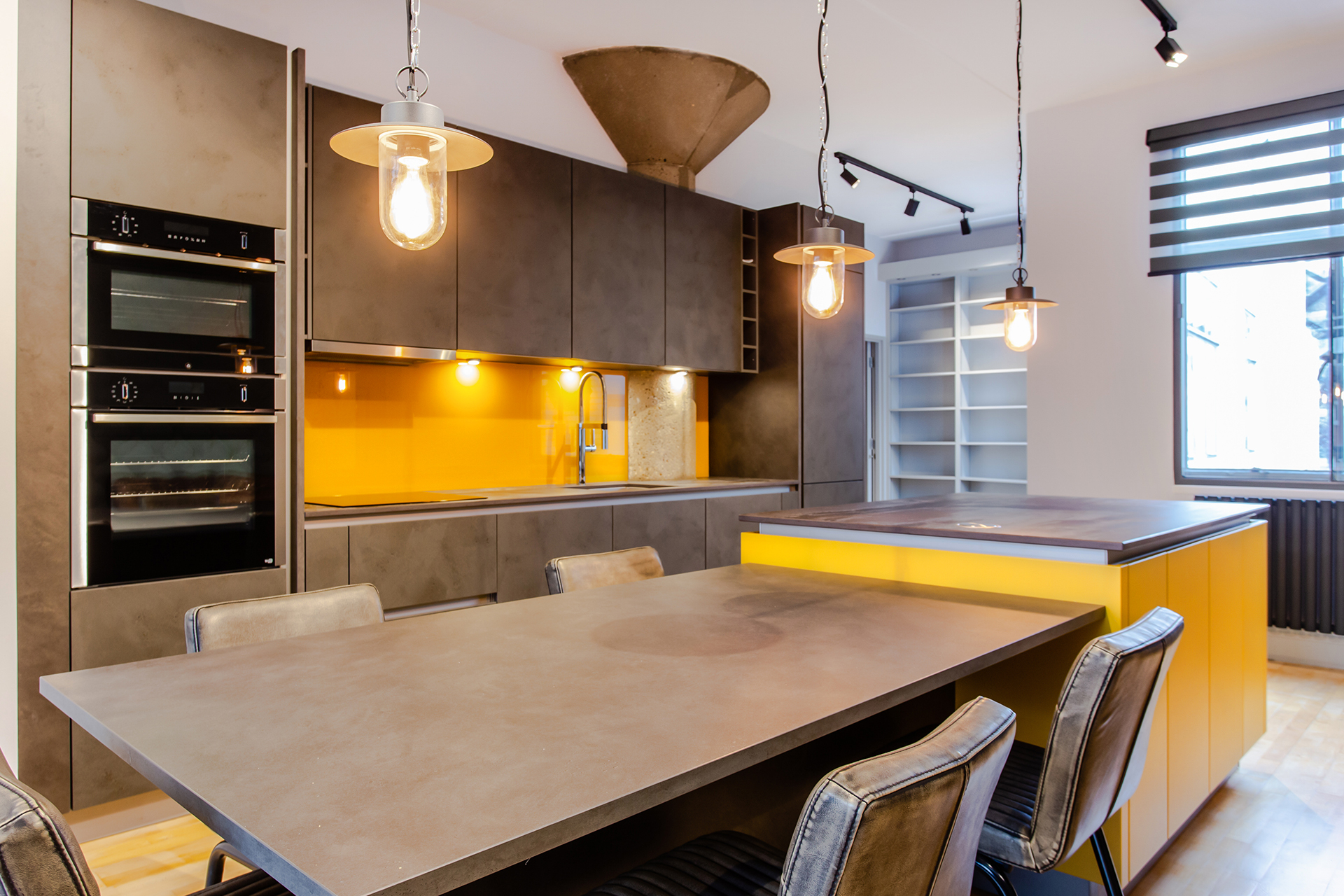 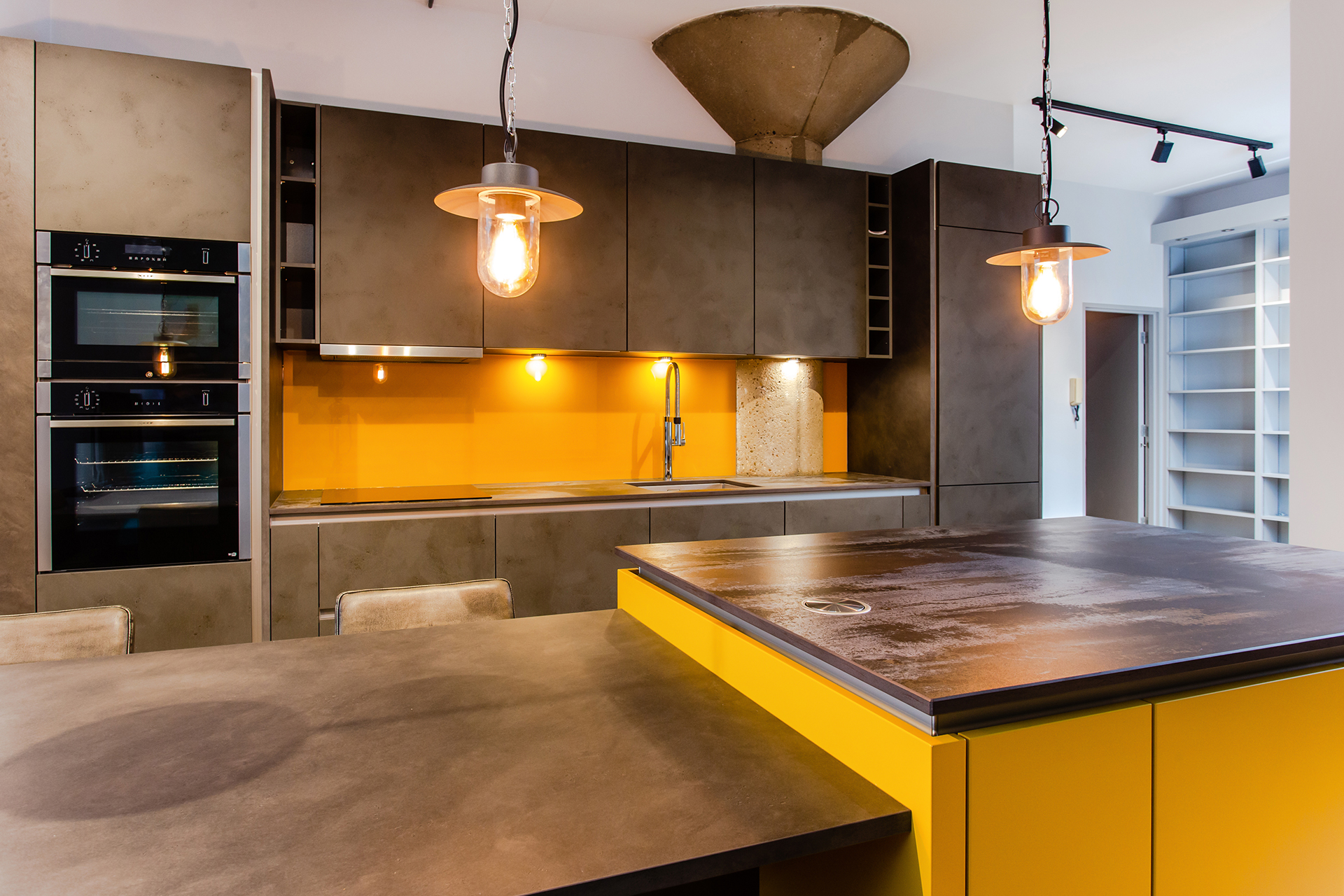 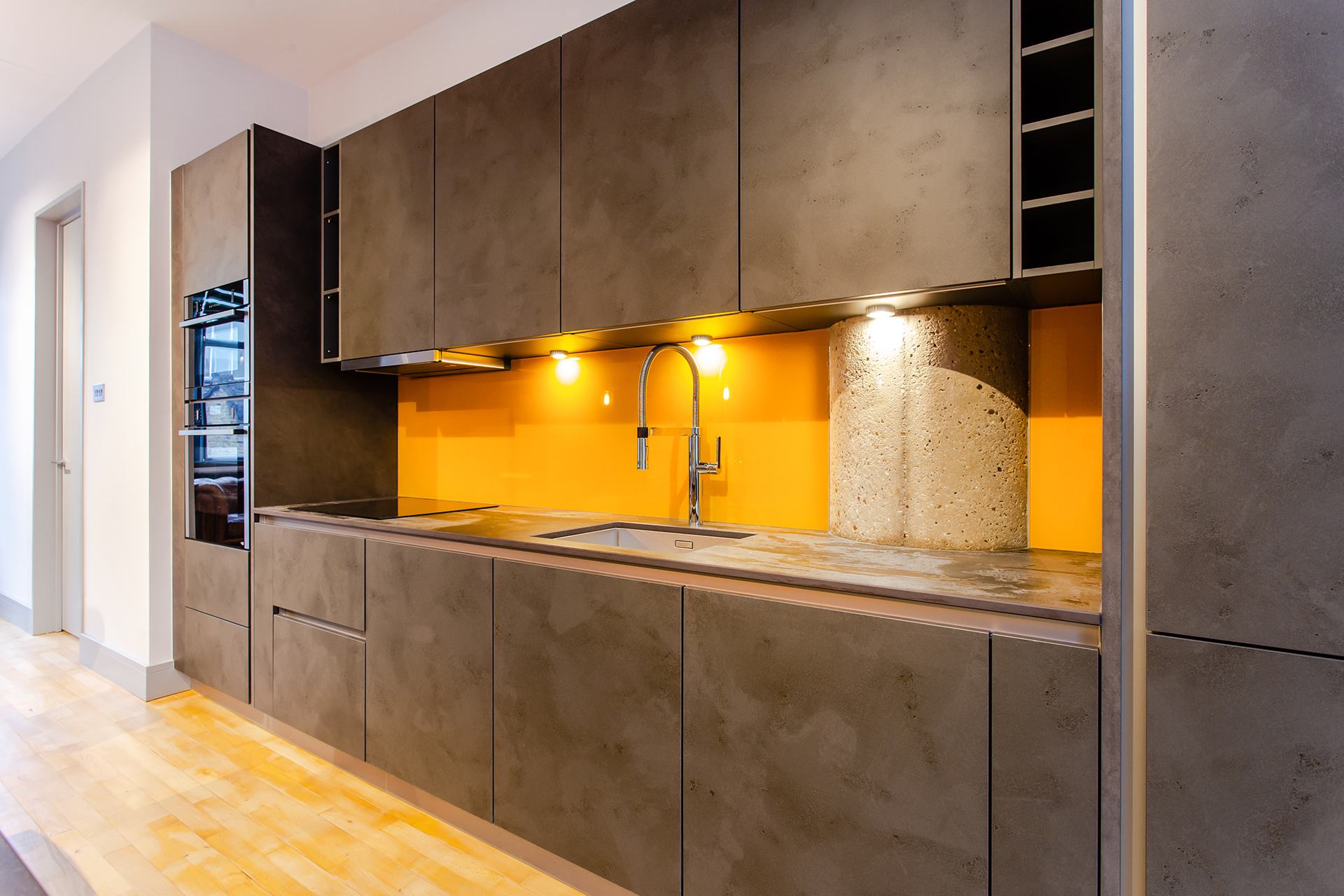 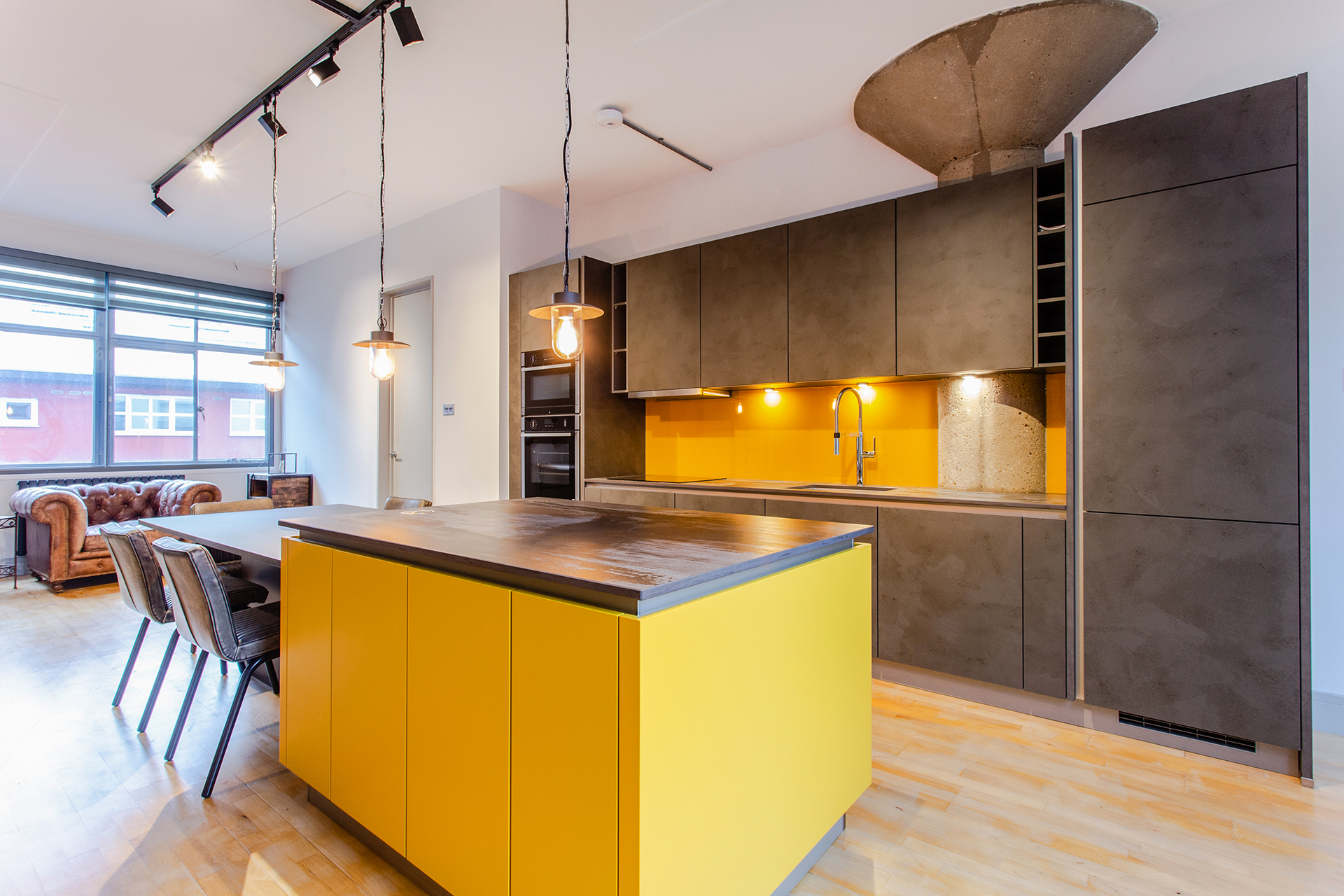 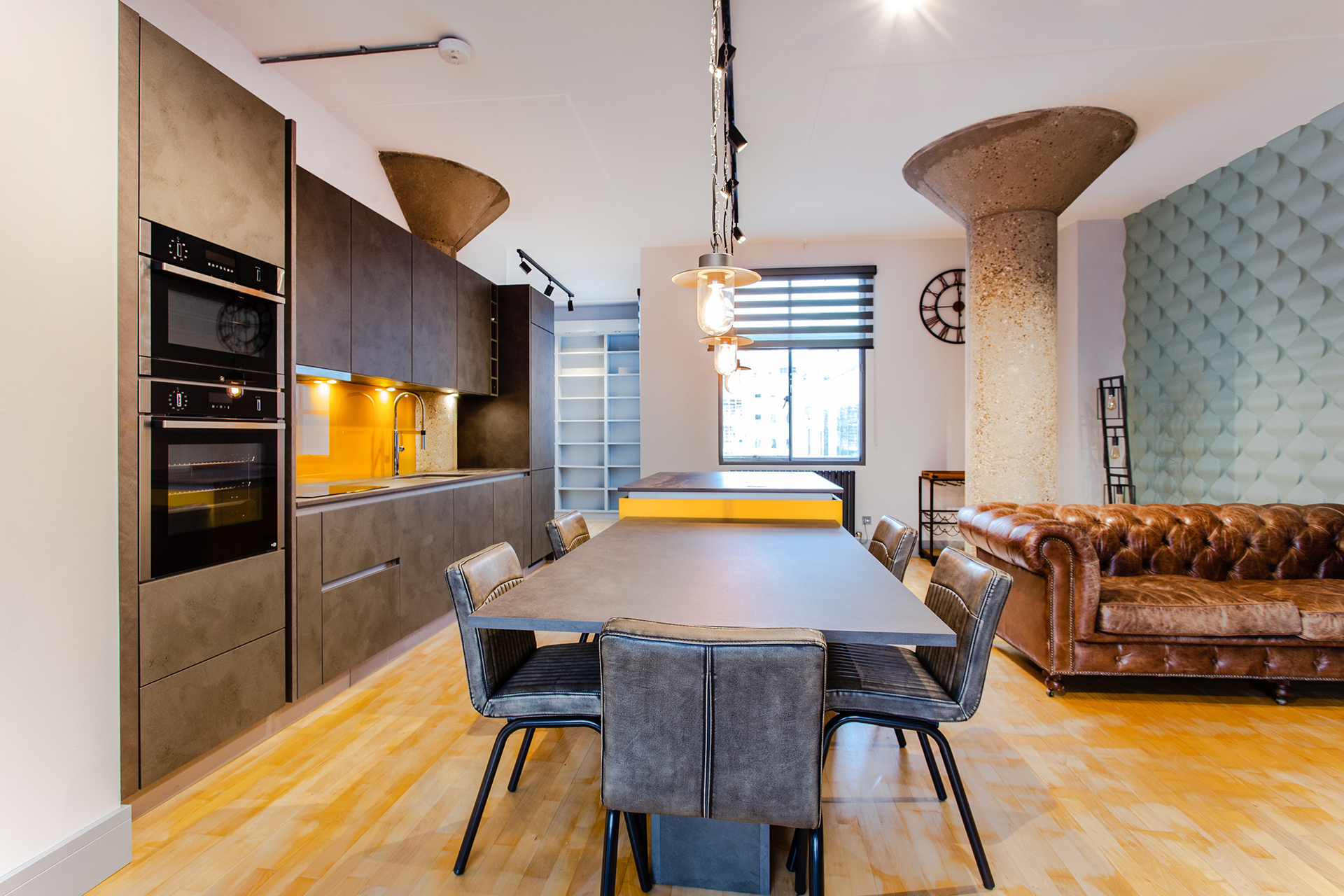 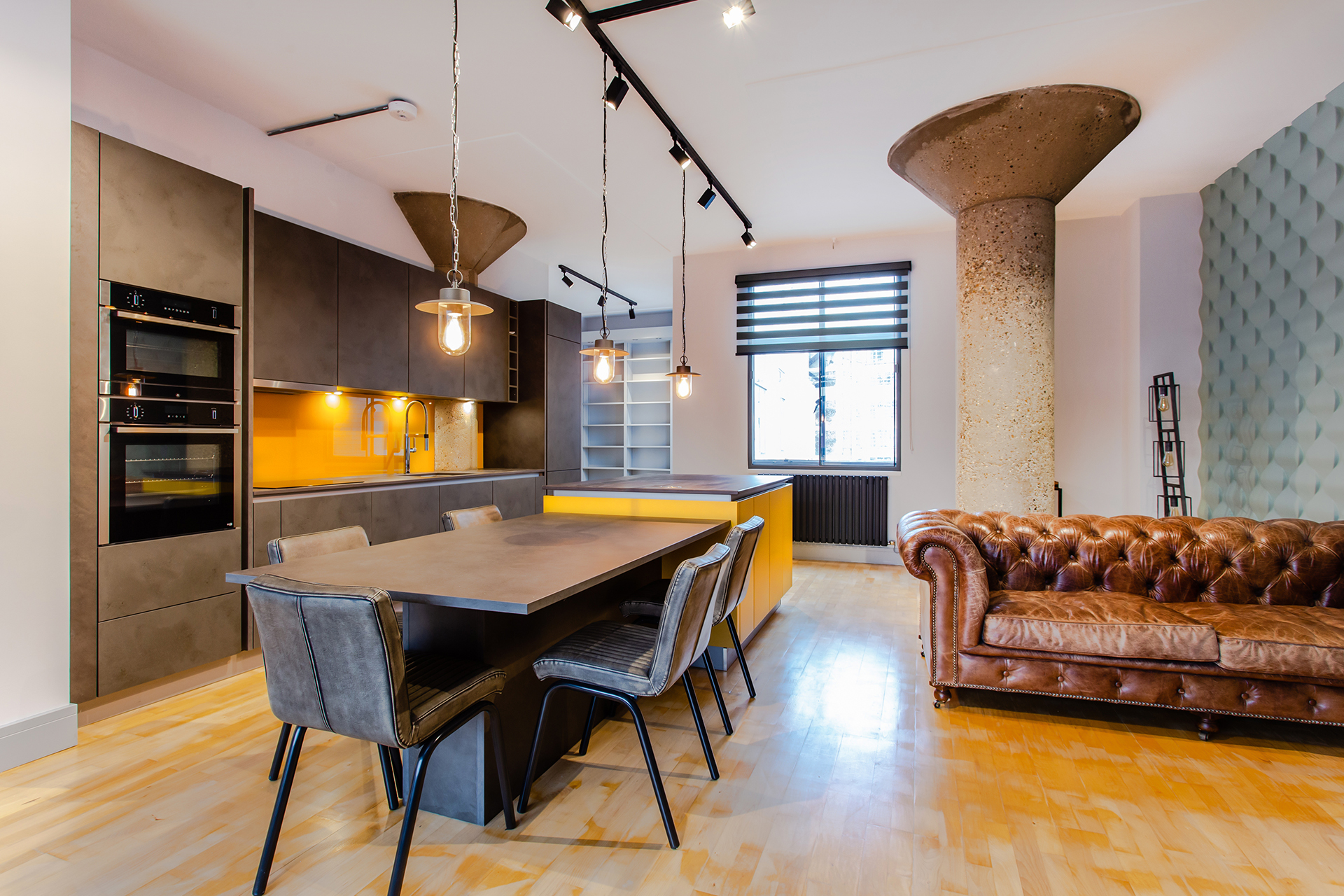 Back to Real Kitchens
The Brief
The client lives mainly abroad, but visits the UK on a regular basis due to their career. For this reason, the client bought an apartment in central London to commute to and from meetings within the city and London City Airport.

The brief was simple, they wanted a minimalistic modern kitchen to blend within the apartment space that was open planned to also incorporate a dining area, living room and office.  After visiting our Hertfordshire Showroom, Nolte Kitchens were chosen as the perfect fit of style and quality.

Due to the character of the apartment, it was also crucial that it linked together, so that the kitchen didn’t sit out of place and ruin the industrial elements of the building. The client also wanted to add a pop of colour to really lift the kitchen and lighten the room due to the high ceilings and limited light from the surrounding high rise buildings.

Further along the process, an additional point was added by the client, to incorporate a dining area within the island to seat roughly 4-5 people. This would allow them to gain more space within the apartment to factor a larger living room.
Designer Tips
From the points raised by the client within the brief, Nolte kitchens were the preferred supplier due to the handleless ranges offered that would work really well within the space of the apartment. The first range suggested to the client was Portland, finished in the Cement Anthracite to blend with the concrete supports. The second Nolte Kitchens range -Soft Lack, was chosen for its choice of bright fully lacquered colours, to allow the room to pop and create a vivid contrast between the two ranges.

To blend all elements of the kitchen together, toughened glass splashback was added to the back wall in the same colour as the island to create the link between the two areas and lift the wall run from the surrounding Portland Concrete Anthracite finish.

Dekton was suggested not only for its incredible qualities that prevents stains, resistance to scratches and heat but also for its unique finishes. The Trilium finish which was chosen has a fantastic effect, that showcases a worn/rust like effect which works really well to match the character of the apartment.

Storage was tricky within the space due to it having to factor a full list of  Siemens appliances as well as a dining table and the structural beam along the back of wall. For this reason, each unit was specially designed to focus on the clients needs to make sure it would be practical.
Back to Real Kitchens 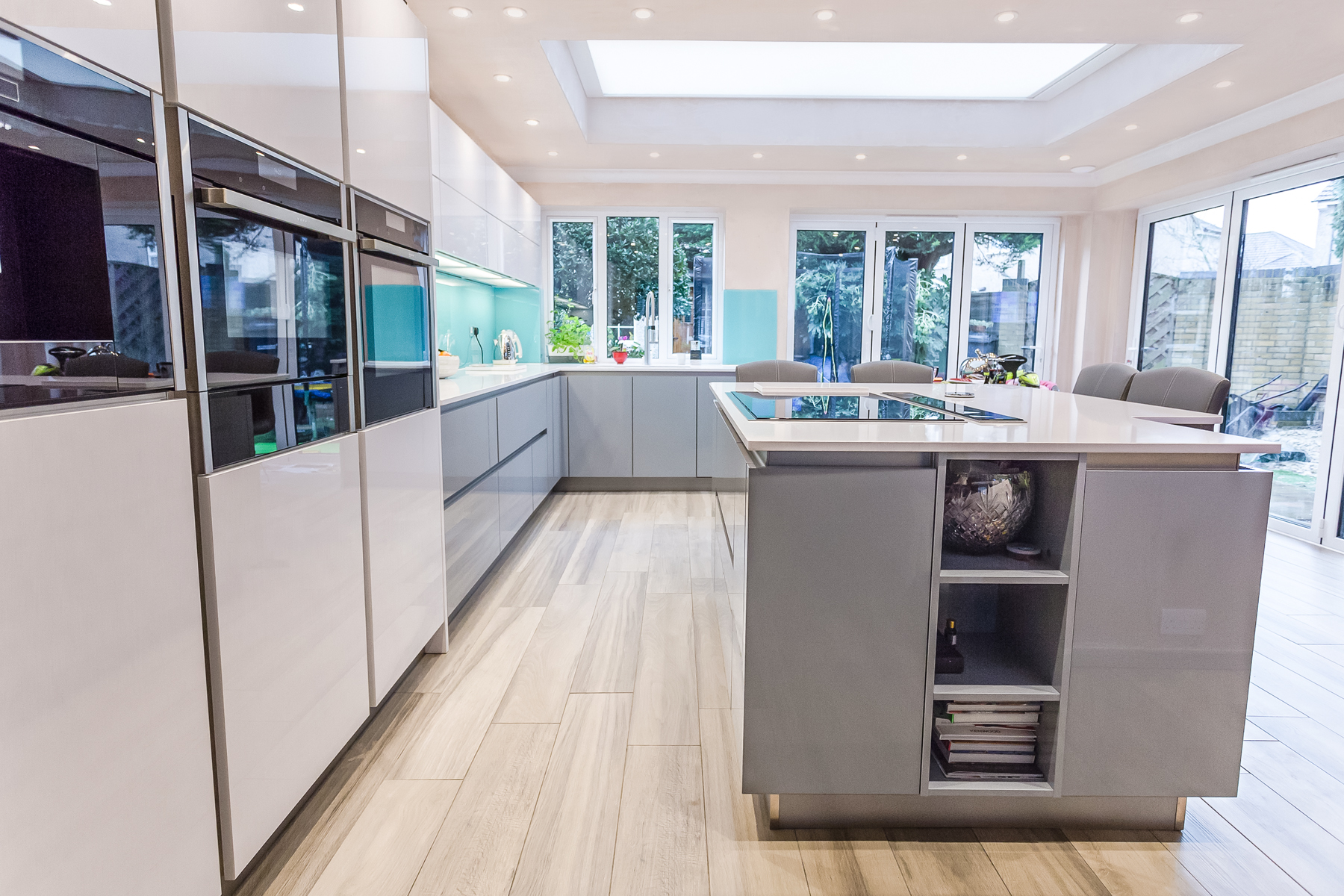 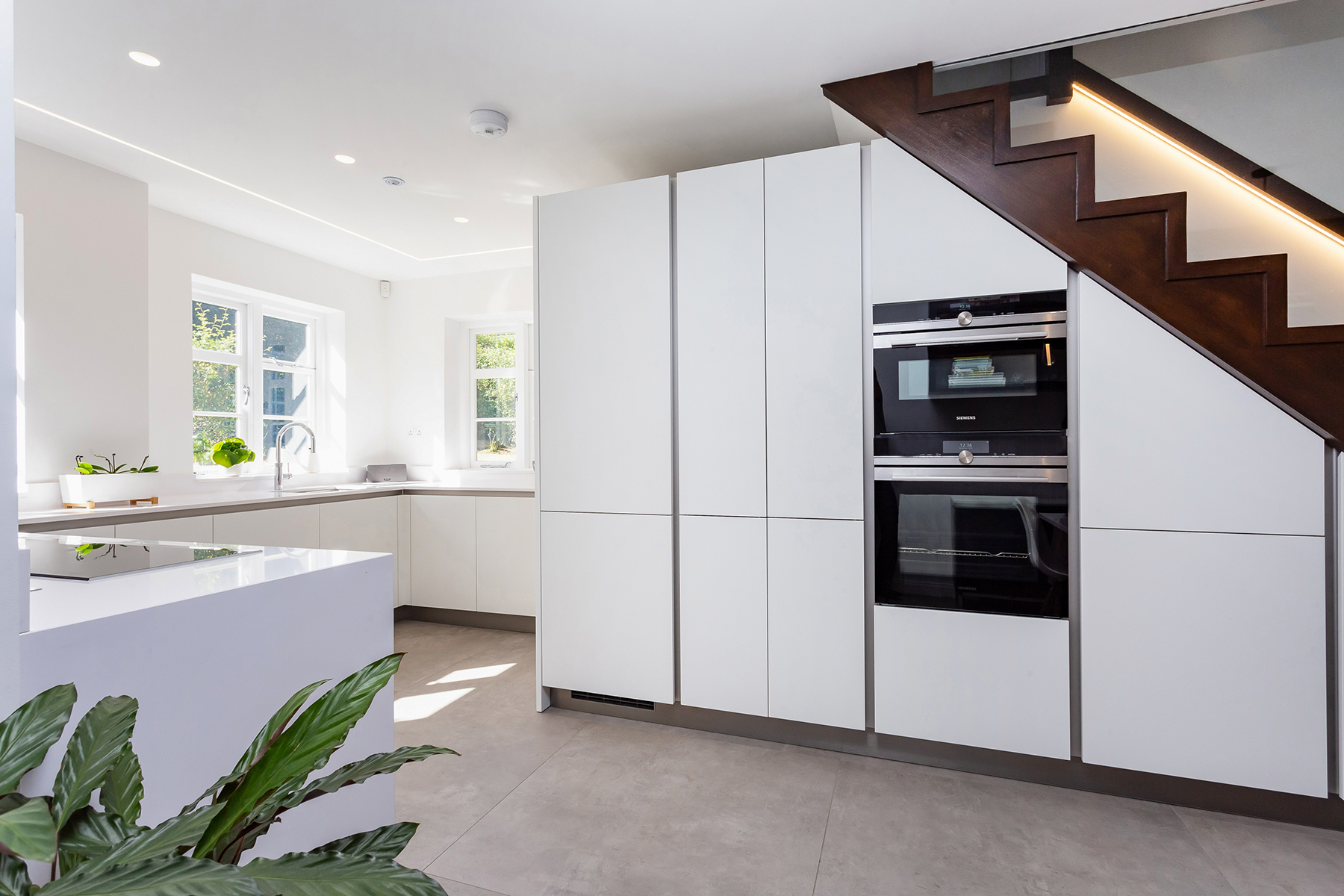 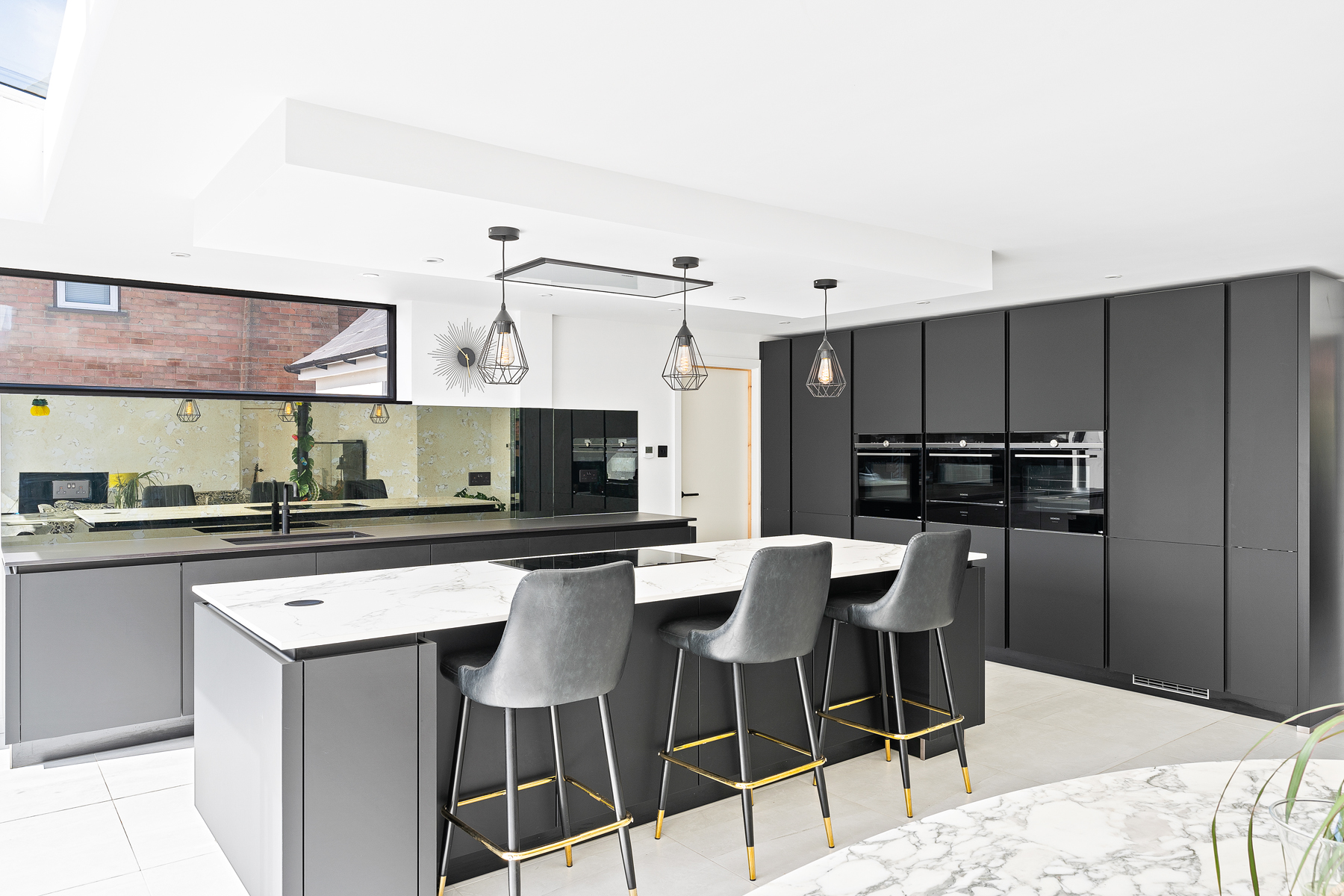 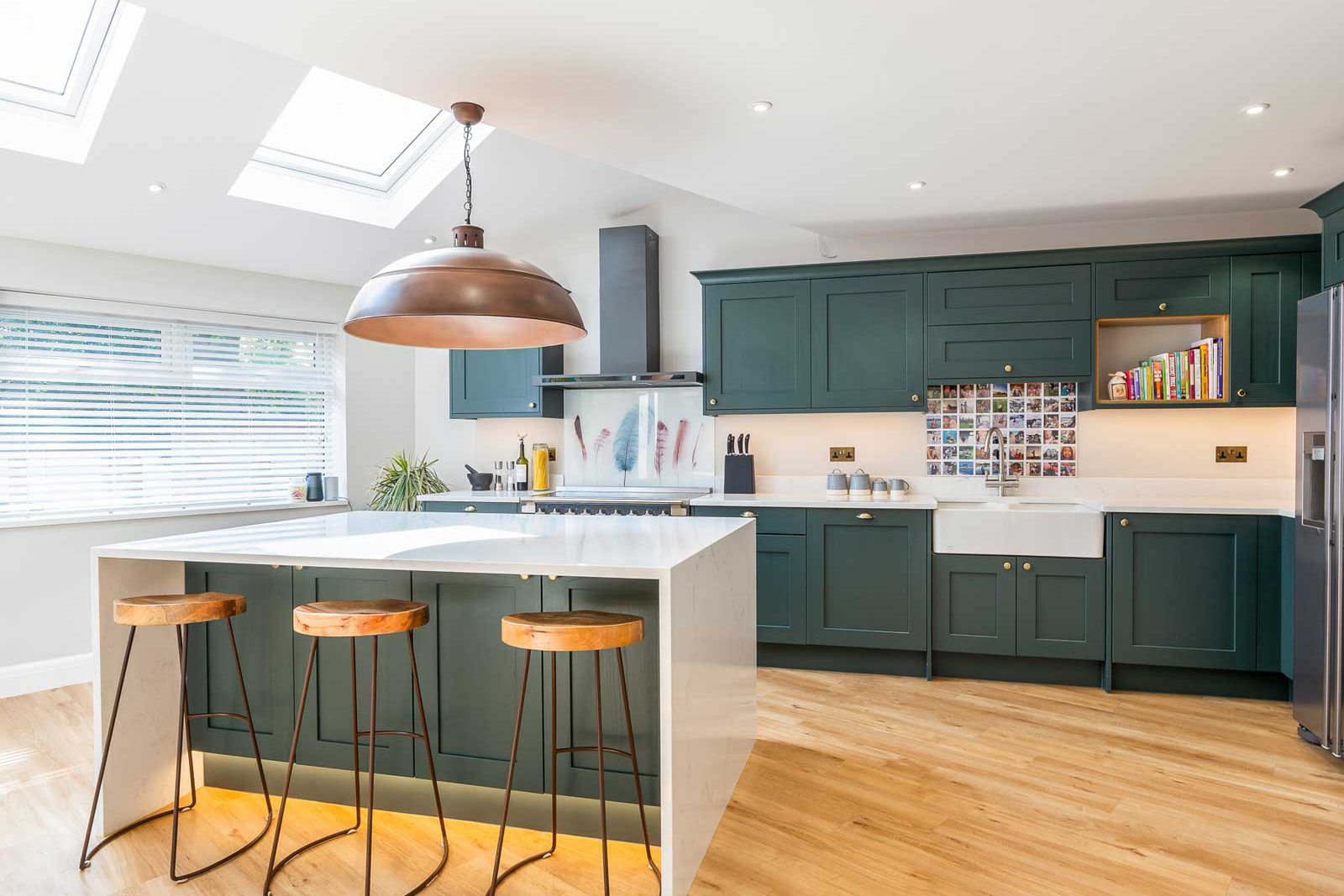 Copse Green Painted Shaker Kitchen
Initially overwhelmed by the options, we decided on C & C Kitchens mainly because of the chief designer Victoria who exuded competence, we were not disappointed. We would recommend C & C Kitchens wholeheartedly.
Mrs Gollop, Hertford
Completely seamless from start to finish ! Couldn't beat them ! A great job well done.
Mrs Woolard, Cheshunt
Fantastic design, competitive pricing. This is my second kitchen I bought from C&C and I'll definitely be back should I need another.
Mrs Brandon, St Albans
C & C Kitchens
24, The Fairways New River Trading Estate
Cheshunt
Hertfordshire
EN8 0NL